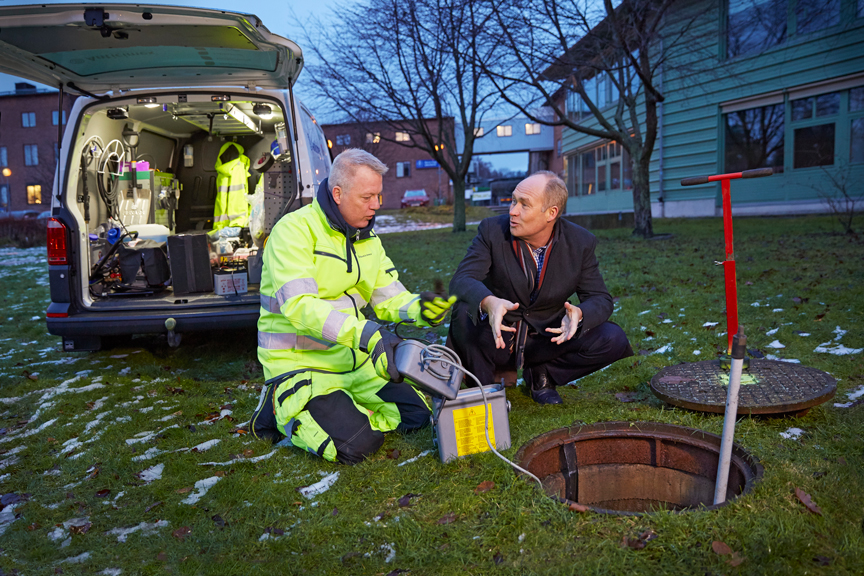 Pest control is a growing market, partly due to the global urbanization trend and new consumption patterns. The sector is also transitioning from the use of harmful toxins and traditional methods to smart traps. Anticimex is on the cutting edge of this trend and it is claiming a higher market share. AP6 has been a direct investor in Anticimex since 2017 when the main owner, EQT, sold a small portion of its holding.

Development in some parts of the sector for pest control includes a transition from primarily manual methods to digitalized, more refined ones. The trend is shifting from the use of pesticides to more modern traps that can be remotely monitored to track activity and progress using sensors and cameras. It gives a better grasp of the problem and ability to measure its severity so that an appropriate solution can be implemented. Customers thus know what they are paying for and a professional pest control company like Anticimex can offer customized solutions for nearly all environments and situations.
“In the past, we would disperse pesticides, without really being able to assess how effective they were. Sure, you might see signs, like bite or scratch marks. But you never knew which animal had caused them, or where the animal had gone,” says Joakim Edsholt, Pest Control Technician at Anticimex.
He’s been working in this field since 1985 and he knows what he’s talking about. On one early winter morning, Joakim Edsholt and Jarl Dahlfors, CEO at Anticimex International AB, demonstrated the company’s smart rodent traps. This one, was located just a few meters from a manhole near Stockholm University. Each trap has been placed at a strategic location. Often, they are set out near building drainpipes. Sensors react when a rodent is nearby, which triggers ejection of plastic spears that kill the animal. If the trap is set up in a drainpipe, the animal is then washed away with the wastewater. In other instances, the carcasses are collected in containers that are emptied manually.
Each pest gets reported to Anticimex digitally and both the time and location are registered.

Digitalized pest control is better for the environment

When several traps have been set out, it is thus possible to assess the severity of the problem. This saves both time and money. And that is particularly relevant in busy places like shopping centers and pedestrian-only shopping streets. Often though, large grocery stores (rather than restaurants) are having the biggest problems with pest control. There are several driving forces for future success in the pest control sector. For example, the global urbanization trend puts increasingly higher demands on waste management and hygiene.
Rodents and other pests thrive from the changing patterns in consumer behavior, where city residents spend more time eating out and consuming fast food in public places.
At the same time, people have less and less tolerance for pests in big cities.
The pest control sector is fragmented, with many small companies that have few employees. The methods they have offered haven’t changed much over the years either. And, the investment that is required, makes many small companies reluctant to transition from the use of traditional pesticides to modern traps that can be remotely monitored. One strategy for successfully transitioning to the new technology is via acquisition and becoming part of a larger group, like Anticimex.

“Anticimex is a leading company with Swedish roots in a globally fragmented market. Our assessment confirmed that the company’s expansion plan via acquisition of smaller competitors is a good one,” explains Vidar Andersch, Investment Director at AP6 and in charge of the investment in Anticimex.

Since 2013, Anticimex has made more than 100 acquisitions of smaller companies. And, there has been success in convincing a conservative market to transition from pesticides to smart traps.
“Over a two-year period, Anticimex has grown its volume of smart rodent traps worldwide from a low starting level to around 50,000”, says Jarl Dahlfors, CEO at Anticimex International AB.
The company has also managed to maintain its 80-year trend of consistent growth, now with more focus on profitability since Jarl Dahlfors took over as CEO in 2015.

The driving force for success is the Anticimex model, which Jarl Dahlfors enthusiastically explains.
“We delegate responsibility for quality, efficiency, growth and profitability to our local office managers. We are then careful in our efforts to shift that focus, gradually. First and foremost, we must deliver high-quality services. The next priority is doing that both efficiently and profitably. The third step in the model is a focus on growth and higher profitability. But there are no shortcuts here. Steps one and two must be successful before the focus can shift to step three,” explains Jarl Dahlfors.
Measurement and monitoring of results is also part of the process. All success stories are shared throughout the organization.
AP6 has been tracking Anticimex’s progress for quite some time, concluding that it is an attractive investment opportunity, It has delivered excellent financial results over time and it has the potential for maintaining a high rate of growth going forward.
“Anticimex is a leading company with Swedish roots in a globally fragmented market. Our assessment confirmed that the company’s expansion plan via acquisition of smaller competitors is a good one,” explains Vidar Andersch, Investment Director at AP6. He is also in charge of the investment in Anticimex.

This website uses cookies to improve your experience while you navigate through the website. Out of these, the cookies that are categorized as necessary are stored on your browser as they are essential for the working of basic functionalities of the website. We also use third-party cookies that help us analyze and understand how you use this website. These cookies will be stored in your browser only with your consent. You also have the option to opt-out of these cookies. But opting out of some of these cookies may affect your browsing experience.
Necessary Always Enabled

Any cookies that may not be particularly necessary for the website to function and is used specifically to collect user personal data via analytics, ads, other embedded contents are termed as non-necessary cookies. It is mandatory to procure user consent prior to running these cookies on your website.